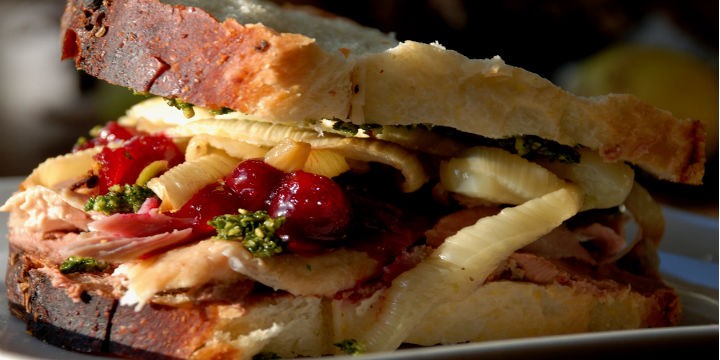 My goal for this weekend is to do as little as possible. And I’m grateful that I have an opportunity to lapse into inertia. Here are a few other things going on this weekend that I’m thankful for (and you may be too). Happy holidays, my friends. It’s on.

I could not be less interested in the mall this weekend, but I’m all about leftovers and television. As for the remains of your dinner, Food Network, Martha Stewart, Southern Living and Cooking Light all have recipes for Thanksgiving leftovers — and many of them not the typical turkey-stuffing-cranberry-sauce sandwich variety. Weekend TV guides from Mashable, Daily Beast and Indiewire can help with the glowy box entertainment. Indiewire’s guide is my favorite — they’ recommend watching The Leftovers tomorrow on HBO Signature, calling it a bleak but must-watch drama.

Amid the Black Friday and Cyber Monday chaos lies Small Business Saturday. It’s an excellent opportunity to remind myself to do most, if not all, of my holiday shopping in my community. This event is (somewhat ironically) sponsored by American Express, which provides a map of local participating businesses wherever you are, but it’s also encouraged by the Small Business Administration. If I had to ask for some small business support on my behalf, I’d go for a month of yoga at my favorite studio, an Etsy gift card for something off of my favorites list, or something pretty from a small boutique or artisan. Check the list of holiday markets in NYC and Los Angeles, the DC Downtown Holiday Market and your local options, of course. We also wouldn’t turn down a visit to the TueNight Great.ly store, where we have lots of cool stuff created by talented people.

This week’s re-releases of Public Enemy’s 1988 It Takes a Nation of Millions to Hold Us Back and 1990’s Fear of a Black Planet are timely. Tracks like “Countdown to Armageddon,” “911 is a Joke” and “Don’t Believe the Hype” could easily be a soundtrack for the Ferguson protests across the country. Each recording comes in a double CD/DVD deluxe set as part of Def Jam Records’ 30th anniversary celebration.

Thanksgiving signifies the beginning of the holiday music and movie season. I’m excited to hit up a screening of The Sound of Music (technically not a holiday film, but it always meant the holidays were here in my house), which is playing this weekend at the awesome AFI Silver Theater in Silver Spring, Maryland. AFI also has the best holiday movie calendar I’ve ever seen. This will be the year I see It’s a Wonderful Life on the big screen, I swear, because it’s also obviously the year I aim to ugly cry in a crowded theater.

If you’re committed to couching it, some great movie options are coming to Netflix in December — The Wolf of Wall Street, American Beauty and Almost Famous, to start. A few old favorites are leaving, though, including The Untouchables, Young Sherlock Holmes and Dirty Dancing. Oh Patrick Swayze, I was so grateful for your Johnny, and his not putting Baby in the corner. Give the flick another nostalgic spin this weekend before it moves into streaming movie purgatory.