It happens to everybody. But when it happens to you, it’s the oddest feeling in the world.

You’re not quite sure when this happened, but it’s a fairly recent phenomenon.

You’d been going about your life as usual: Revving up at 7 a.m., hopping on the elliptical, feeding the dog, making plans for a week’s worth of dinners, creating a PowerPoint for that meeting, buying the cute pants from J. Crew…

And then somebody shouts you out of your somnambulant texting:

A skinny young dude cruising down Flatbush Ave. on a skateboard nearly knocks you over. He looks a whole lot like that guy you dated in 1992 only it’s 2013 and, oh right, he’d be 46 now, with much shorter hair, three kids and a penchant for button-downs and khakis. And he lives in Michigan. You’ve since confirmed this on Facebook. Which, by the way, is for old people. 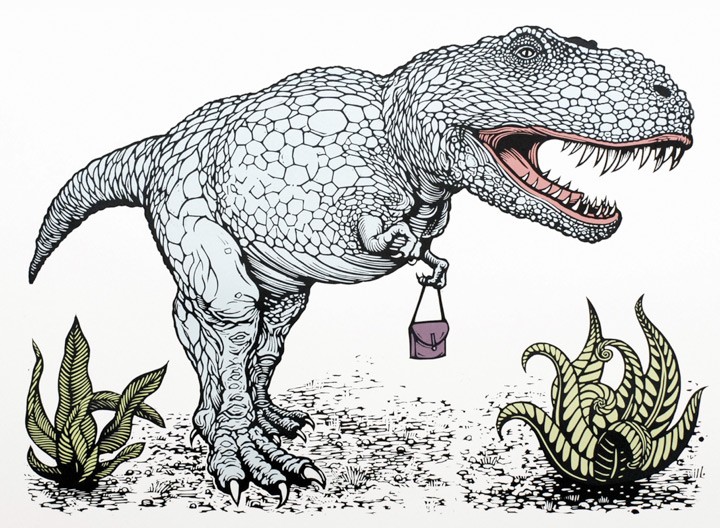 Hang on, hang on. You still know what’s up. You’re on Spotify, Pandora, even This Is My Jam. Hell, you used to write about music.

But for the first time, you’re flummoxed by a new, genre-crossing sound  —  the overjoyed strums of Mumford and Sons; pensive, slow hip-hop from Frank Ocean; lullaby electronica from Grimes. It’s nothing about sound-shattering expletives or hip-hop bravado and everything about feathery, gooey sounds that drone on like a baby’s wail. [You shake your fist] When did we get so soft!?

At work, young women with topknots and thick black glasses eye you like a strange, irrelevant species. They don’t understand your references (Riot Grrrls not Pussy Riot). Wearing vintage is suddenly called “Grandad’s Style” and it feels like everything old is rebranded as something new. A generational Twilight Zone.

You hover just above this new group of 20-something adults, a huge swath of team players inclined toward a sharing economy and igniting a war on your experience. They see a world where the playing field has leveled; you still see one where there’s a hierarchy to rebel against.

You never thought you’d be that finger-wagging grandma on the porch, but you’re starting to see a pathway.

You watched earlier this year as Golden Globe winner Lena Dunham (for HBO’s Girls) proclaimed to her hero Tina Fey (who lost this one), “Thank you for getting me through middle school!” The camera panned to a confused, slightly horrified Fey.

You instantly felt Tina’s pain and in true Gen X form, Tina didn’t let this one go. Two weeks later, in her acceptance speech for Best Comedy Actor at the SAG Awards, Tina gave props to Amy Poehler, noting that she’d known her since she was “pregnant with Lena Dunham.”

Here’s the thing: You aren’t dead yet. Not even close. In fact, you’re living life the way it should be lived: You travel, you go out to eat (ok, too much), you just started competitive swim lessons. You take care of children, you don’t have children, you went back to work after having kids or you didn’t. You love, you give back, you dream. You make shit happen.

Yes, you’re getting older and that comes with its own diverse set of issues: Your friends are starting to complain about their knees (ow), some of them are recently divorced and dating each other (weird), another ditched her corporate job to work at a winery (right on).

The 40-somethings you know and love are multifaceted, vastly different and not easily summarized.

Certain mainstream publications, supposedly targeted at you, would like you to think you need “10 Ways to Smooth those Wrinkles” or you’re constantly worried about “Cancer, It’s Coming For You: 10 Tips!” or you’re “Desperate to Hide those Pesky Grays: Try This Now Before You Die. Alone. With Your Cat.”

To use “Going Gray” as a quick case study: Sure, a lot of us dye our hair, every six weeks with religious fervor.

However your friend wrote about her amazing and perplexing journey to letting her hair go completely gray in her blog Glutton for Life.“People congratulate me on having a ‘good’ color of grey. But what if it weren’t ‘good’? What if I had a weird, ashy, muddy color? Would I be forced to keep coloring it in order to look ‘good’?”

Another pal let her hair go entirely gray but then dyed it back when she wasn’t getting hired. (You hated to tell her, but it probably wasn’t the gray hair keeping her from the gig.)

You go halfway there: A dash of white hair in the front; the brown is reapplied every six weeks. Maybe it keeps you with one strand in the past, one in the future.

People occasionally stop you on the street and say, either, “Cool hair!” or “You look like that chick from the X-Men” or they start humming the song, “Cruella De Vil.”

No matter, you think, at least they notice.

Don’t judge our reasons. In fact, don’t judge us at all.

Back to Lena. (Because, like many 40-something women and seemingly not her 20-something contemporaries), you love Lena.

Girls might be the best thing that’s happened to television, women and TV writing in a long time  —  it’s messy, poignant and it aims for the truth.

You’re reminded of those days not so long ago when you were making stupid mistakes, kissing the wrong boy and wearing inappropriate jumpsuits.

Then something will happen to remind you this is not your world.

On Girls, Hannah’s friend’s father has a station wagon packed full of old computers. Hannah doesn’t recognize the strange taupe box, “What is that?” she asks. “It looks like a small doghouse.”

Stacks of Macintosh Classics, the very same computer you used at your first full-time job.

The author, circa the ‘90s, with her beloved Mac Classic at the Philadelphia City Paper[/caption]

Oh and you still think using the second person is cool because it reminds you of one Jay McInerney.