It’s alleged that All in the Family was the first series to break ground (or is that wind) and actually flush a toilet during prime time. Since then, potty humor has become a staple of book, movie and TV giggles. Here are 10 of our most memorable poop-culture moments. We’ve even given them “stinky and offensive” ratings to give you fair warning before watching the link. Our #10 was so bad, we couldn’t even link to it. That’s what Google is for people.

Did we miss some of your stinky faves? Share them in the comments below!

A hilarious tale of the turd that just won’t flush — everyone’s worst nightmare. “The tank refilled, and I made a silent promise. The deal was that if this thing would go away, I’d repay the world by performing some unexpected act of kindness. I flushed the toilet, and the beast spun a lazy circle. “Go on,” I whispered. “Scoot! Shoo!” I claimed a giddy victory, but when I looked back down, there it was, bobbing to the surface in a fresh pool of water…” Originally published in Esquire and part of his collection of essays in Me Talk Pretty One Day, (Little, Brown and Company, 2000). Here it is in it’s chunky glory.

2. Caddyshack – Doody in the Pool

A Baby Ruth bar is casually flung in the pool creating mass hysteria. (“Spalding no!” “Doody!”) Of course, Bill Murray has the last laugh.

We were utterly grossed out by Ewan McGregor’s fantasy ride down the world’s dirtiest feces-filled loo, set to the tune of Bizet’s aria “Carmen — Habanera.”

“When you poop in your dreams, you poop for real.” 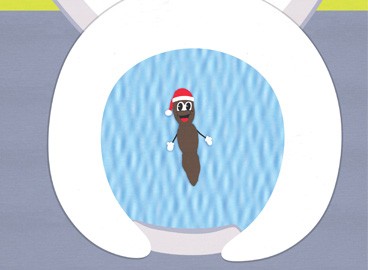 6. Seinfeld – George and His Toilet Reading

George Costanza takes a book of French Impressionism into the toilet and the bookstore forces him to buy it. “I find the soothing pastoral images very conducive to…”

Where do we begin? One month after his gastric bypass surgery, Roker bravely (on camera!) describes how he had to go commando after an “incident.” Al Roker: “A little something extra came out.” NBC Interviewer, Nancy Snyderman: “You pooped in your pants.” Al Roker: “I pooped my pants.”

8. Along Came Polly – I Sharted

Perhaps the first ever filmic reference to our namesake theme this week, as relayed by thespian Philip Seymour Hoffman. “This is serious, I just sharted”

Food poisoning and taffeta do not mix. The film — and maybe the scene —put Melissa McCarthy on the map, and reminded audiences that so-called “chick flicks” can be just as toilet-minded as any. Just the phrase “was it the grey lamb or weird chicken?” or “Jordan almonds,” for that matter, can make us gag.

Director John Waters’ low budget schlock-shocker shows drag queen — a.k.a. “Filthiest Person Alive” — actually eating dog doo. Has there ever been a rival to this vile moment? We don’t think so. 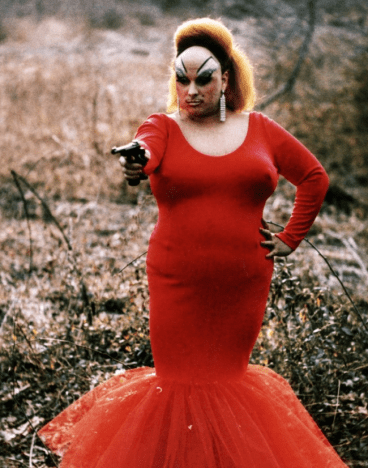 Tell us: What are we missing in the pantheon of poop moments? (Sorry.)