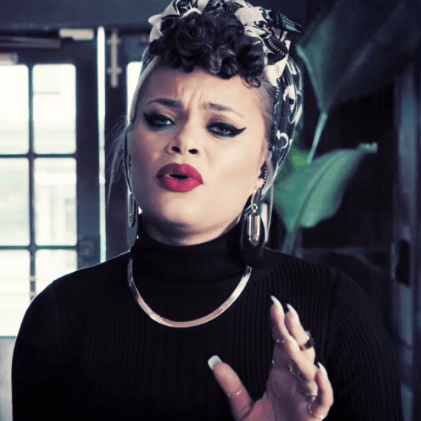 Numerous studies show the link between a high-energy playlist and the uplift in mood it can inspire. And when it comes to songs that play on the word “rise,” there’s no shortage of tunes that remind us to get up and keep trying, no matter how dark things seem. A RISE playlist may not be a cure, but if all it does is help us uncurl from the fetal position and take stock of what we do next, that’s a pretty good place to start.

“Rise to the Sun” – Alabama Shakes.

Sometimes it’s a victory just to get up and power through your day. It’s especially daunting when your goals feel infinity miles away, or as Alabama Shakes sing, “Well, my eyes are full of stars, But I just can’t reach ’em… oh, how high they are.” Take comfort in knowing you’re in good company in the struggle, and take heart in the fierceness of Brittany Howard’s vocals.

Off his 2002 album of the same name, this Bruce Springsteen song hearkens back to a time when Americans took the adversity of 9/11 and turned it into an opportunity for unity, shared grieving, and mutual support. I’m undone every single time he gets to the, “Sky of blackness and sorrow, sky of love, sky of tears,” section. May we take the current crisis and weave it into something lasting and positive.

Nothing like a good old-fashioned protest song to get your blood pumping. This one from 1986 features ex Sex Pistols lead singer John Lydon was purportedly against both apartheid and Northern Ireland’s struggles. Lydon reminds us that anger is an energy – something a lot of us have understood anew in the past year. May the road rise with you as you get out there and demand justice, freedom, and peace.

Full disclosure – #ISpeakHamilton and part of my delight in the Lin Manuel Miranda masterpiece was the richness of its rap bona fides. Miranda and Co. wove in so many smart references to rap and hip-hop history in their telling of the nation’s founding, so the 2016 release of a remix album of the Hamilton soundtrack on which many of the very artists referenced recorded their own versions of the songs…it was meta, meta, metamagnificient. This one, with a growled “Rise Up!” by Busta Rhymes, is one of my faves from The Hamilton Mixtape.

First off, Andra Day’s Eyeliner For President. Second, this one goes out to anyone who, like me, reads Twitter or the morning news and thinks Dorothy Parker’s motto, “What fresh hell is this?” Day’s distinctive, glorious voice tells us not to give up no matter how many times we get knocked down: “I’ll rise up, And I’ll do it a thousand times again.” Also, try watching this video and not getting choked up. Good luck with that.

I’m all up in my Winter Olympics feelings as I write this, so I love this Rio 2016-themed video. Sometimes the best thing to happens to you is the doubters. “And the vultures all start circling, They’re whispering, you’re out of time.” Oh yeah? Try me.

An unreleased track from The Joshua Tree sessions, this optimistic little gem starts off in Joy Division territory before morphing into a classic U2 song. Other rock bands would have been happy to claim this one as a single; only on an album as overpacked with goodness as Joshua Tree would a song this catchy fall by the wayside.

Count me as one of the people who was really happy someone put a ukulele into Eddie Vedder’s hands; something about the plucky little notes and his familiar gravelly tones in combination is deeply moving. This tune comes from the Into the Wild soundtrack and I love the line “turning mistakes into gold.” All day, every day. At least that’s my goal.

“Rise Up with Fists” – Jenny Lewis with the Watson Twins

I mean, I’m not advocating violence. But if the days of playing nice are over, the days of thinking, “Not my problem” definitely are as we watch one vulnerable group after the next get targeted for adverse policy changes. So I’ll wrap up this playlist with the lyrics of my perpetual #WCW Jenny Lewis: “But I still believe, And I will rise up with fists, And I will take what’s mine, There but for the grace of God go I.”