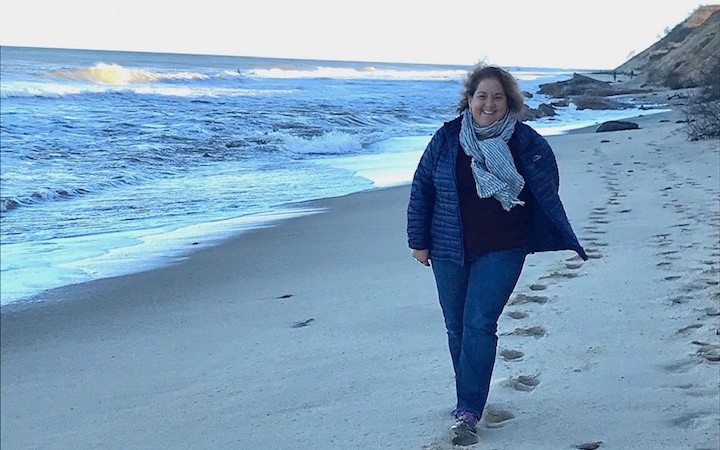 Bio: Karen is the author of the novel The Last Book Party, which was published in July by Henry Holt. She has been a tour guide in the former Soviet Union, a newspaper reporter in Florida, a magazine publisher in Russia and a speechwriter on gender equality for the United Nations Development Programme. She lives with her family near New York City and spends as much time as possible in Truro on Cape Cod.

Beyond the Bio: “I’m the quintessential late bloomer, writing my first novel in my 50s. Our culture celebrates young success, but I’ve learned from experience that late-in-life achievements are all the sweeter. And publishing your first novel just as your youngest child goes to college is a great antidote to empty nest syndrome.”

What makes you a grown-ass lady? “I’m much more likely to try new things and not worry about how well I do them or how foolish I might look. Only well after age 40 did I have the guts to learn to downhill ski, scuba dive, and join a rowing team.”

1. On the nightstand: Three old journals, about 30 books I’ll get to eventually (really, seriously, I will read Moby Dick), one e-reader, one bottle of L’Occitane Verbena body lotion

3. Jam of the minute: A Dutch folk duo called Suzan & Freek. Their music is melodic and soothing and because they sing in Dutch, I don’t understand a word they are saying and so I can listen while I write.

4. Thing I miss: Having my college-age sons home to play piano and guitar with my husband after dinner.

6. Current crush: Jimmy Smits in in the trailer for In the Heights

9. Best thing that happened recently: I got a letter from a reader who thanked me for creating Eve, the protagonist of my novel, whose journey has inspired her to believe in her own writing.

10. Looking forward to: Figuring out the plot of my second novel