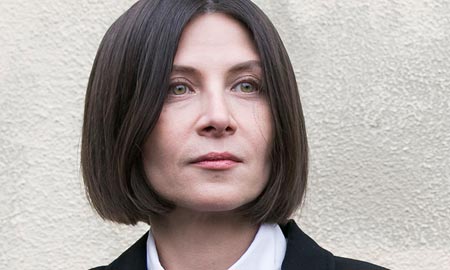 WHO SHE IS: With just three novels published during her nearly three-decade career, Donna Tartt might be seen as an avatar for Slow Writing. Fortunately, each of those books has been worth the long wait. The Secret History (1992) was a huge bestseller; The Little Friend (2002) won two awards (the WH Smith Literary Award and the 2003 Orange Prize for Fiction), and The Goldfinch (2013) has garnered immense praise both critical and collegial (including a thumbs up from Stephen King!).

Donna began writing at the University of Mississippi, where her talent came to the fore and she transferred to Bennington College in Vermont, studying alongside other literary lights like Jonathan Lethem and Brett Easton Ellis (with whom she was briefly romantically involved). She is retiring but not reclusive, and has told the New York Times that she “keeps distractions at a minimum,” using the Internet usually “to find a restaurant address.” It is, without a doubt, this kind of focus that makes Tartt’s brilliant fiction so incandescent that, “you never doubt for a second that you’re experiencing something real,” as her longtime editor (and now head of Hachette Book Group) Michael Pietsch has said. The next Donna Tartt novel may not be released until 2023. Nevertheless, I’ll be waiting to read it with the kind of anticipation I normally reserve for Downton Abbey episodes.

WHY SHE INSPIRES ME: I thought of Donna during 2013 as I struggled with a novel-in-progress. Months went by and I made very little progress, even though I was putting in my daily writing time and trying hard to break through to a new draft. One day in the fall I had an important realization about what I was trying to say that made the words flow again. I thought: This process takes the time it takes. No wonder some novels are in gestation for a decade! Donna reminds me, as both a writer and a reader, that to take the long way home is not simply acceptable, but often advisable. I’d rather read one of her slowly gestated novels than a passel of lesser books.