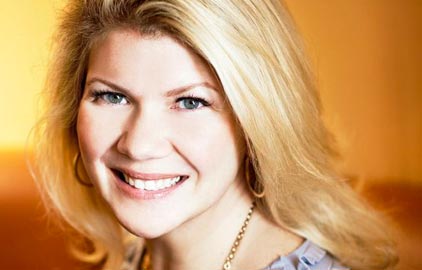 WHO SHE IS: Marcie Allen is the President of MAC Presents, a NYC-based sponsorship agency that negotiates high-profile partnerships between the world’s leading brands and artists. She is a dynamo matchmaker in the music industry and perfect at pairing corporate with cool.

Marcie has strong roots in Nashville. Her grandfather, Bill “Hoss” Allen, was a famous disc jokey in the 1950’s, known for playing rhythm, blues and jazz and standing behind his beliefs in the segregated South. Marcie married a lawyer working in one of the city’s top firms and established herself as the toast of Nashville’s thriving music scene. She orchestrated sponsorship deals for talent like Faith Hill, Tim McGraw, Keith Urban and Lady Antebellum. She was content living and working in her hometown. Then suddenly, her marriage of six years ended. Facing a nasty divorce — in a town where everyone knew her name — was motivation enough for Marcie to pack her truck and move to an apartment in Brooklyn.

That was four years ago and she has never looked back. After a series of successful programs including Foo Fighters/BlackBerry Garage Tour, Katy Perry/Microsoft Windows Phone, Marcie closed MAC’s Nashville office and expanded her team in New York City.

Starting over in the big apple worked. After 19 years in the music industry, Marcie’s client list now reads like the line-up for the Grammys, working with artists like The Rolling Stones, Billy Joel, John Legend, and John Mayer. She is now happily remarried with two beautiful step-daughters and splits her time between Nashville and Brooklyn. Marcie continues to focus on MAC and her philanthropic efforts as President of TJ Martell Board of Directors and as an active board member for Musicians on Call and Global Poverty Project.

WHY SHE INSPIRES ME: I loved watching Marcie take steps to improve her personal happiness and succeed! It inspired me to do the same in my own life. I am also a mother, wife and entrepreneur struggling with responsibilities in many different roles. Sometimes it’s easy to forget to keep our needs on the to-do list. Marcie has always helped me to remember that it’s hard to make others happy if we ourselves are not.