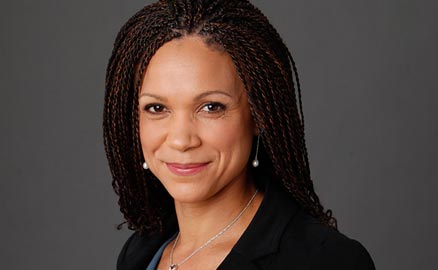 OCCUPATION: Host of the Melissa Harris-Perry show on MSNBC

WHO SHE IS: Sure she had her mea culpa recently, but it doesn’t change the fact that Melissa Harris-Perry is one of the most well-informed news anchors on television (or, as The Atlantic put it, “the smartest nerd in the room”). She approaches news with intelligence, compassion, and humor, and her unique spin on politics, race, women’s issues and anything else she has to say, always keeps me riveted. She is also the mother of two girls (on Valentine’s day she gave birth to daughter number two).

WHY SHE INSPIRES ME: Melissa is one of the smartest, most knowledgable and personable people on television; she never ceases to amaze me. I love hearing her unique spin on politics, race, women’s issues and anything else she has to say. Luckily for me, she’s active on social media, so I can follow her on Twitter and hope that some of her brilliance will rub off on me!