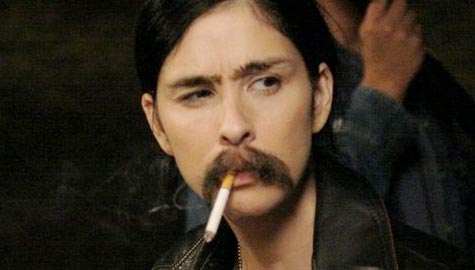 OCCUPATION: Sarah Silverman is a dirty-minded author, comedian, actor and — for those dreamers amongst us — partner in crime.

WHO SHE IS: She’s the girl who says what we wish we had the cojones to say. And she does it often and well. Her experience includes a stint on SNL (though she was fired after one season), bit parts in several movies (There’s Something About Mary, School of Rock) and acting as one of the creative forces behind the YouTube channel JASH. She’s probably better known, though, for her headline role in The Sarah Silverman Program, her film and one-woman show, Sarah Silverman: Jesus Is Magic and her Emmy-winning video for then-boyfriend Jimmy Kimmel, “I’m Fucking Matt Damon.”

Then there’s Sarah’s memoir, The Bedwetter: Stories of Courage and Pee, plus a hosting gig for the MTV Music Awards. And her role in The Aristocrats? Just beyond. The controversial performer has had her hand slapped multiple times for so-called racism, sexism and generally offensive statements. Her brash style isn’t for everyone, but it is for me.

WHY SHE INSPIRES ME: My love and admiration for Sarah rose to new heights when she took on “The Great Schlep,” an initiative in support of Barack Obama’s presidential run, in 2008. There was brilliance in what Sarah was doing: She took on a well-defined audience segment and served proactive solutions to encourage a presidential vote.

And as a clever (I think, at least), wanna-be stand-up comedian and proud owner of a potty mouth, Sarah has provided me with a blue-comedy blueprint for furthering my ribald leanings. At least on Facebook, if nowhere else.