Since this week’s TueNight is celebrating 38 women over 38, we thought we’d take a moment to appreciate five spectacular female directors over that same age threshold. Our absolutely subjective criteria: That each of these talented women have made a minimum of two outstanding features in the course of their career, and are still actively working. Herewith, our 5 over 38. 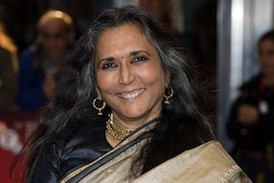 Career Achievement: Born in India before becoming a Canadian émigré, her trio of films — known as the “Elements Trilogy” mentioned above — each having to do with major social reform in her native country, is considered a towering artistic accomplishment. Fearless and supremely talented, Mehta remains unafraid of stoking controversy: The last film in the trio, Water, was temporarily shut down by Hindu protestors, eventually forcing her to shoot it in Sri Lanka, but ended up earning her an Oscar nomination in the process. Her latest film, Midnight’s Children (2012), was a successful collaboration with the novelist Salman Rushdie, a man equally well “versed” in controversy.

Career Achievement: Breillat, whose first piece of cinéma provocateur, A Real Young Girl, about an adolescent girl discovering an, um, significant love for tactile sensation, came out back in 1976, and she hasn’t stopped pushing the psycho-sexual envelope since. Her most recent film, 2013’s Abuse of Weakness, is a largely autobiographical movie about a middle-aged filmmaker who suffers a terrible stroke and ends up putting her faith (and love) into the worst kind of con man. Her work is calculated, savagely honest and absolutely unflinching.

Career Achievement: You mean other than being the first woman in history to win the Oscar for Best Directing? Bigelow is an interesting case for the ways in which directors, much like writers and painters, artistically evolve throughout the course of their career. Her early work is highlighted by some campy classics (Near Dark, Point Break, then she started honing in on the subversive, lurid twist of Strange Days and The Weight of Water, before her career reached a critical apex with the military-themed Locker and Thirty, both of which garnered her massive Oscar attention. There is a steady through-line to her work, which is to say she has brought her own specific, highly intelligent sensibility to each genre she’s attempted, and, in the process, made the question of her gender with respect to gritty action films absolutely irrelevant.

Style: Quirky and peculiar, with an almost Lynchian sense of the netherworld between nightmarish dreams and physical reality. Invests heavily in largely unlikable protagonists.

Representative Scene: The pivotal moment when a spurned husband takes his awful revenge on his mute wife in The Piano. (WARNING: spoiler-ific and also violent, bloody imagery.)

Career Achievement: She would hate to consider it, I imagine, but Campion is sort of the Grande Dame of female art-house directors. Beginning with Sweetie, her first full-length feature from 1989, she has fashioned an impressive career of absolutely uncompromised filmmaking, while refusing to be tucked into any neat, explanatory box. Her films often have powerful female characters, but the inherent feminism is cut with other elements — part of the reason why The Piano was an art-house success that almost no one was totally satisfied with — broadening the reach of her vision. Her most recent work, the miniseries Top of the Lake, which played to great success on the Sundance channel last year, featured yet another tough-minded female protagonist (played by Mad Men’s Elisabeth Moss, who won a Golden Globe for Best Actress in a Miniseries or Television Movie for her performance), who falls in love at an inopportune time, to the general, violent consternation of the patriarchy all around her.

Style: Studied and deliberate with a tendency towards slow-paced and precise, overtly quiet manner, but absolutely resonating. Makes great use of both dialogue and the withholding of the same.

Representative Scene: A group of would be settlers follow a captured Native American as he supposedly leads them out of the Oregon desert in Meek’s Cutoff. For a scene utterly devoid of dialogue, and enormous amount of information is offered to the careful viewer.

Career Achievement: In a short time, Reichardt has produced a highly impressive body of work. She and Michelle Williams have proven — in Meek’s, and Wendy and Lucy — to be a dynamite combination, but Reichardt has always pulled great performances from her actors, including the trio of ill-fated eco-terrorists (Dakota Fanning, Jesse Eisenberg and Peter Sarsgaard) in the yet-to-be-released Night Moves. Like Breillat, she’s resolutely merciless with the honesty of her characters; like Campion, she has found her own, deeply personal niche from which to work, and no contemporary director has made better use of wordlessness.

The unholy product of a British English professor and a southern novelist, Piers is a writer and film critic based out of Philadelphia, where he lives with his cantankerous wife and lovingly belligerent daughter.