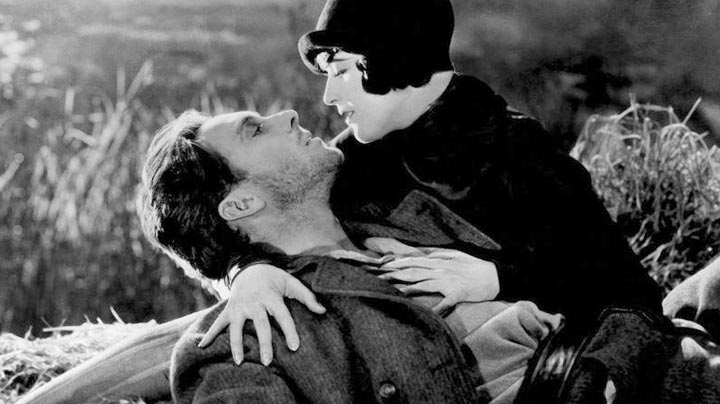 In which we explore the filmic concerns of a given theme, and find new and novel ways of putting together yet another Internet-based list of movies. The wrinkle here is our fifth pick will actually serve as the counter argument, the best representation of the direct opposite of our theme.

1. The Elephant Man (1980)
Director: David Lynch
Essential Characters: John Merrick (John Hurt), Dr. Frederick Treves (Anthony Hopkins)
Plotline: Well, you have this poor, miserable man with an awful, face-and-body disfiguring disease who is literally a circus sideshow until he’s rescued by a kindly doctor and found to be a sweet and deeply caring individual. Only he still can’t escape the essential cruelty and intolerance of his fellow humans, even as he’s given a second chance.
Particular Sensitivities: Emotional. Based on a real-life story, David Lynch’s first studio film treads upon extremely powerful themes. As absolutely nightmarish as John Merrick’s life has been, he remains such a wonderful human being, it’s almost unbearable to watch. Like a wildly abused dog who still sweetly wags his tail when he sees you. As good as it is — and it’s brilliant — I’ve only been able to watch it once in my life.
Emotional Devastation/Exhilaration (1-10): Devastating 12. And if this list went to 100, we could make that about 100,000. This was one of the more painful movies of my lifetime.

2. Sunrise (1927)
Director: F.W. Murnau
Essential Characters: The Man (George O’Brien), The Wife (Janet Gaynor), The Woman From the City (Margaret Livingston)
Plotline: A poetic meditation on love, commitment and marriage, The Man is tempted by the fetching charms of The Woman From the City, to murder his lovely wife and run off with her, only he comes to his senses in time and instead falls deeply back in love with his young bride — only to almost lose her anyway.
Particular Sensitivities: Emotional. Considered one of the most beautiful films ever made, this black and white silent film casts a powerful spell of romantic rumination. Everything is an allegory, except that it’s also rooted very deeply in these struggling characters.
Emotional Devastation/Exhilaration (1-10): Exhilarating 8, though there’s a scene or two near the beginning with The Man contemplating his wife’s demise that are pretty raw.

3. Safe (1995)
Director: Todd Haynes
Essential Characters: Carol White (Julianne Moore), Greg White (Xander Berkeley), Peter Dunning (Peter Friedman)
Plotline: A seemingly well-to-do California housewife suddenly begins suffering a series of increasingly malevolent symptoms for which no doctor can account. Convinced she’s being environmentally poisoned, she seeks refuge in a new age compound, presided over by a slick huckster, and eventually breaks away from her family in order to live there.
Particular Sensitivities: Physical (or maybe psychosomatically physical). Carol’s sickness is never exactly identified, leading to the suspicion that a great deal of her suffering is entirely in her own mind. On the other hand, there certainly are enough pollutants and toxins in the air that an extremely sensitive individual could suffer enormously. Haynes is wickedly smart enough to have the film’s conclusions very much up in the air, leaving the audience in a state of uncertain discomfort.
Emotional Devastation/Exhilaration (1-10): Devastating 3. It could be much worse, but Haynes so tones down the emotional journey of Carol — who is pretty flat and affectless until she becomes hysteric — it’s almost clinical, a statement unto itself.

4. Koyaanisqatsi (1982)
Director: Godfrey Reggio
Essential Characters: The Earth, The Environment, Our Imbalance
Plotline: There is no story, as such. Reggio’s film is a kind of documentary — the first of a seriously arresting trilogy — about the ways in which humanity has become divorced from our environment, and how that is leaving us rudderless and devastatingly insensitive (the title is a Hopi word meaning “life out of balance”).
Particular Sensitivities: Environmental and emotional. There is such physical beauty in the film’s composition and execution, especially during the early natural world scenes, that when the focus shifts to man’s increased environmental desolation, it becomes truly harrowing.
Emotional Devastation/Exhilaration (1-10): Devastating 8, depending on your environmental proclivities; if you are extremely moved by nature, this could certainly be a 10.

5. Withnail & I (1987)
Director: Bruce Robinson
Essential Characters: Withnail (Richard E. Grant), Marwood (Paul McGann)
Plotline: Two increasingly bitter unemployed actors, living in a squalid hovel and nursing their rising alcoholism, make a getaway out of London and to a country house belonging to a somewhat depraved uncle. Things do not go terribly well.
Particular Insensitivities: Physical and emotional. Well, you have the alcoholism played for ribald laughs, a sexually garrulous uncle who makes a play for his nephew’s friend, and two largely inhospitable men who choose to live like penniless grad students in order to further ferment their art. Did I mention that the film is simultaneously both pitiless and absolutely hilarious?
Emotional Devastation/Exhilaration (1-10): Devastating 7. There is a scene very near the end as Withnail begins to realize the sad scope of his life that is pretty directly heartbreaking. It is the best kind of comedy: Making you laugh even as it kind of tears you apart.