It was a cinematic year that saw a singular devotion to the idea of survival — be it from a disabled yacht, cataclysmic space debris storm, or the alienation from your entire community of friends — which, I suppose can be analyzed any which way, but to this critic suggests the idea that no matter how grievous our world seems to be getting, how close we may be getting to the environmental and political precipice, our world is still worth fighting for, even if our chances of coming out the other side seem slim. 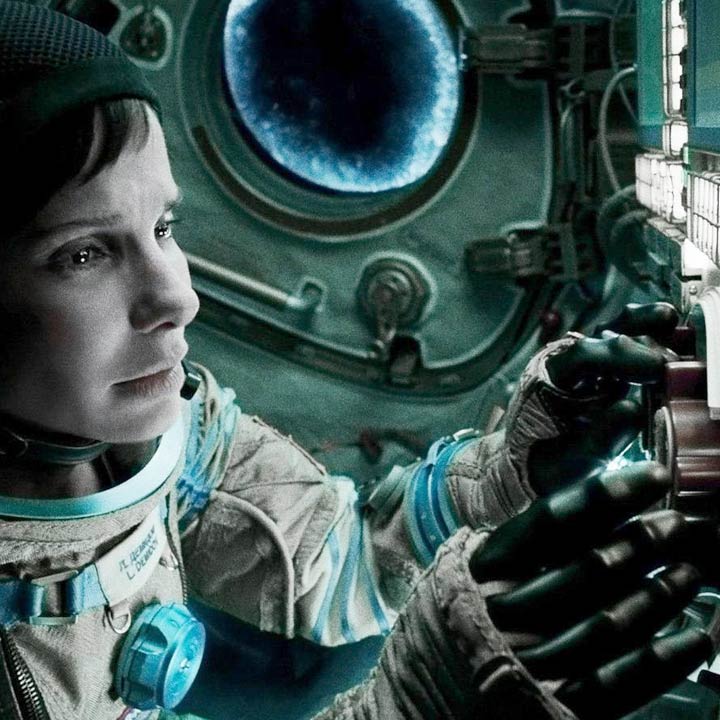 To say nothing of all the sturm-und-drang concerning the fate of the Hollywood big-studio system itself, which suffered attacks from within, both from heralded indie-auteurs (Steven Soderbergh) and, perhaps, Tinsel-land’s most celebrated living director (Steven Spielberg) en route to a big box office year once again. Things might very well be broken, but there still seemed to be a fabulous glut of truly exceptional filmmaking going on all over the world (you go, Denmark!), which is to say, things might indeed be disastrous, but we’re blessed to live in a time of such vibrant and exciting artistic expression anyway.

10. Norte, The End of History
A four-hour opus from Filipino director Lav Diaz, more or less follows along the lines of Dostoevsky’s Crime and Punishment, but veers off from there into various other fascinating tangents. By the time the credits roll, you feel as if you truly know many of the characters and the small side streets in their tiny village.
(Not Yet Released)

9. Nebraska
Alexander Payne’s black and white road-trip film has all the makings of a weepy, sentimental piece of treacle, but Payne and screenwriter Bob Nelson have an entirely different trip in mind, one that feels a good deal less trumped up and yet still has an emotional kick to it at the end. A remarkable achievement.
(Full Review)

8. A Hijacking
It was a good year for Somali pirate films. I actually liked Paul Greengrass’ Captain Phillips far more than I thought I would, but it still didn’t beat out Danish director Tobias Lindholm’s understated, naturalistic take on the agonizingly protracted negotiations between a Somali pirate and the CEO of the company whose ship has been taken over.
(Full Review)

7. Before Midnight
The third (though not necessarily final) installment in the much-celebrated ‘Before’ series in Richard Linklater’s trilogy finds its two principles long-married and enjoying seemingly happy lives together, but that only masks the carefully wrought frustrations and bitterness of their seething inner lives. Warm, engrossing and at times emotionally harrowing, the film feels like Bergman’s Scenes From a Marriage, filtered through the warm glow of a campfire.
(Full Review)

6. 12 Years a Slave
Give director Steve McQueen this much: The man doesn’t waste his time with small subjects. His film about the plight of Solomon Northup, a free man living in New York kidnapped and taken into slavery in Louisana, crackles with purpose and energy. Brutal, unyielding and yet not afraid to be emotive, the film is an artistic triumph, and Chiwetel Ejiofor has to be considered the favorite come Oscar-time, in a much-crowded field.
(Full Review)

5. Gravity
Alfonzo Cuarón’s lost-in-space thriller is a thunderous epic wrought small, one of the few films this year I would highly recommend seeing on an IMAX screen if at all possible. A technical marvel, it remains the fastest and most breathless 93 minutes of the cinematic year.

4. Wadjda
A slightly optimistic Saudi Arabian film from female director Haifaa Al-Mansour has a great deal to recommend it, including a winsome, young female lead — played wonderfully by newcomer Waad Mohammed — and a spry, lightly comic tone that exposes the oppression of women in Saudi Arabia without ever feeling as if it’s giving in to it.
(Full Review) 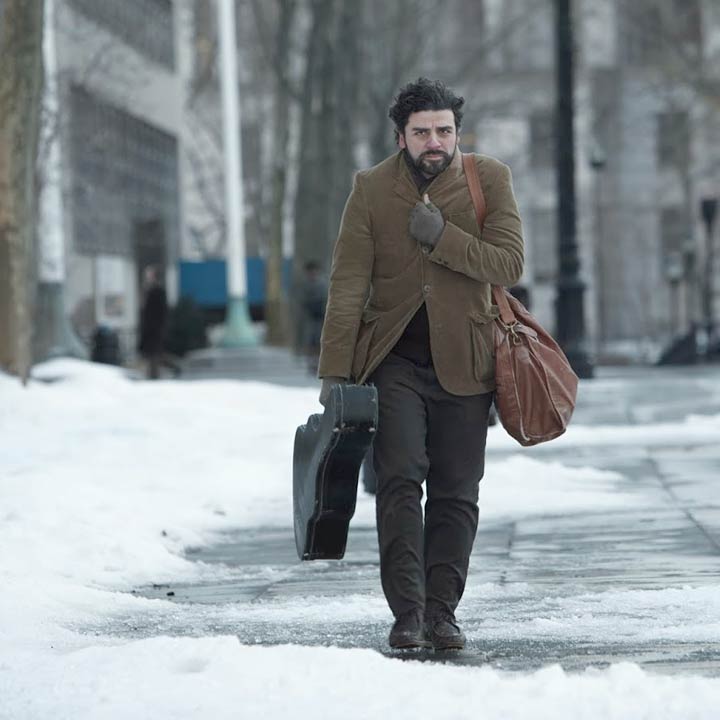 3. Inside Llewyn Davis
The Coens keep coming with their alternating big production/small production schedule and, at this point, it’s pretty hard to decide which style is better. Focusing on the fledgling folk scene in early ’60s Greenwich Village, the boys have created another of their long line of long-suffering anti-heroes for us to engage, and have created yet another indelible film in their masterful body of work.

2. The Past
Asghar Farhadi’s long-awaited follow up to his Oscar-winning previous film, A Separation, finds a similar meditation on love and relationships. It is gorgeously shot, impeccably acted, and marvelously written, and the final shot will have you lingering in the theater for some minutes after the credits begin to roll.
(Not Yet Released)

1. The Hunt
Danish filmmaker Thomas Vinterberg’s brilliant exploration of a small-town pedophile scandal is almost absolutely perfect, from its careful, intricate plotting to its stunning performances (any doubts that Mads Mikkelsen is a full-blown star can permanently be put to rest).
(Full Review)

5. A Good Day to Die Hard
“In the old days, it was McClane’s physical vulnerability that made him so accessible (who can forget the indelible scene of him having to pick broken glass out of his naked feet in the original film?) and, therefore, compelling. He might “die hard” as the film’s titles continually suggest, but he could most definitely die. Now, in the producers’ zeal to cover up Willis’ increasing frailness, they’ve made him practically invincible.”
(Full Review)

4. Prisoners
“The trouble is no melodramatic stone gets left unturned in the film’s near constant churning for dramatic resonance. It wants desperately to be serious and significant, falling into much the same trap as Clint Eastwood’s loathsome Mystic River, attempting to justify its moody pomp with edgy violence and parental terror to keep you from noticing just how conventionally placed all its ethical markers are.”
(Full Review)

3. To The Wonder
“[Malick] wants to tell us the story of a doomed romance with as little cumbersome connective tissue as possible, but like a minimalist architect who finally just does away with walls and a roof altogether, he’s stripped it so far down, he’s almost entirely cut out our interest.”
(Full Review)

2. Man of Steel
“[Zack] Snyder, not exactly known for his subtlety, is the kind of inveterate visual stylist who would gladly add gathering storm clouds, flying debris, and galactic lightning bolts to your wedding pictures given the chance. He fills his frame with stuff, most of which is either squirming, glowing, or raining down destruction, but very little of it has any true visceral impact.”
(Full Review)

1. The Lone Ranger
“Casting a white man as an American Indian is absolutely nothing new in terms of Hollywood racial affronts, but contorting Tonto into a confusing clown in Kabuki white face, assimilating standard stereotypes as fast as he chews through scenes, becomes infinitely more distressing. Depp plays him with an insufferable wink and a nod, overplayed and smug. Like the film, he assumes he’s being riotously funny, even as the cheap jokes and tired gags make you wince.”

At the screening I attended outside of Philadelphia, a summer storm kept knocking the power out of the theater, which involved several long gaps before they could restart everything. Each time, more and more critics and moviegoers skulked out of the theater, not to return. Man, did I long to join them.
(Full Review)

Most Bitter Disappointment(s): Out of the Furnace, Can A Song Save Your Life? (tie)

Film(s) I Totally Whiffed On: Oz the Great and Powerful, Short Term 12 (tie)

This post originally appeared on Sweetsmellosuccess.tumblr.com. While you’re stuck indoors waiting out January’s deep freeze, check out more of Piers Marchant’s cinematic musings and you’ll be fully prepped for the upcoming awards season!

The unholy product of a British English professor and a southern novelist, Piers is a writer and film critic based out of Philadelphia, where he lives with his cantankerous wife and lovingly belligerent daughter.